Welcome to Blake Lively Source, your #1 fansite and guide about the actress Blake Lively. We work to provide you with the latest news, photos, videos and more! We hope you will enjoy our site and we encourage you to visit us again to get the latest updates on Blake.
Published on In
Award Shows Gallery

Blake stunned at the 74th Annual Golden Globes held at The Beverly Hilton in Los Angeles last night. The 29-year-old star wowed in a plunging black gown as she was joined by her husband Ryan Reynolds, 40, who was nominated for Best Performance by an Actor in a Motion Picture Musical or Comedy for his role in Deadpool.

The Gossip Girl alum made sure to turn heads in the luxurious Atelier Versace number with long flowing train and gold sequinned neckline. We have added x77 photos from the gallery… 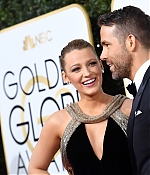 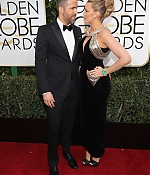 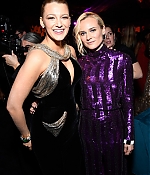 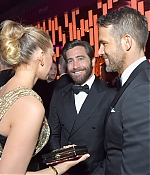 (I just wanted to add my own little shameless plug, for Gione da Silva who filmed our wedding in October last year, our highlight video can be seen here!)