Welcome to Blake Lively Source, your #1 fansite and guide about the actress Blake Lively. We work to provide you with the latest news, photos, videos and more! We hope you will enjoy our site and we encourage you to visit us again to get the latest updates on Blake.
Published on In
Blake Events Gallery Ines James Ryan

After Ryan and Blake two daughters melted the coldest of hearts with their red carpet appearance last week, the family headed to Disneyland to celebrate their eldest child James’s second birthday.

And it’s safe to say we were all walking versions of the heart eye emoji after seeing the photos: and are even more so now, after Ryan and Blake were pictured at Disneyland over the weekend, too. Although their daughters weren’t pictured, Blake and Ryan stopped for a photo op with Mickey Mouse in front of Sleeping Beauty’s Winter Castle – with a source telling E! The girls joined their parents later in the day for some rides and fun at the Happiest Place on Earth (especially when Blake and Ryan are involved). 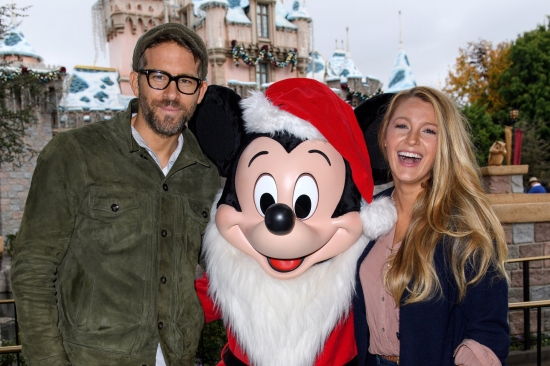