Blake Lively starred as Serena van der Woodsen from 2007-2012 in a total of 121 episodes of “Gossip Girl”. The show was hugely popular in America, and received over 10 Teen Choice Award nominations, with 4 wins including Blake winning Choice TV Breakout Star Female in 2013, 2011 and 2008.

Welcome to New York’s Upper East side where the wealthy and connected mingle at benefits and try to deal with their always dramatic love lives, not to mention picking colleges. Blair Waldorf is the so-called toast of adolescence in her world; she and her friends, Kati Farkas and Isabel Coates, go to a prep school and fancy parties with their rich parents. Blair is envied by her adversaries because she is thought to have the perfect life, not just because of her gorgeous boyfriend, Nate Archibald, but because she’s also planning on getting into her dream college, Yale. With everyone worried about college(or procrastinating on worrying, which everyone seems to be doing), and junior year dragging along, her seemingly perfect life is interrupted by her ex-best friend, the beautiful Serena van der Woodsen, coming back into town after getting kicked out of boarding school. Serena comes back into her life, and into the eyes of Blair’s boy friend. When everything Blair knows starts to fall … 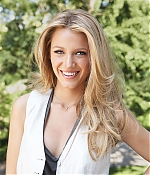 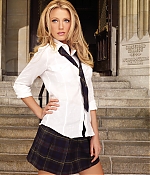