Blake may not have brought her handsome husband Ryan Reynolds to the People’s Choice Awards, but she made it perfectly clear he belongs to her. 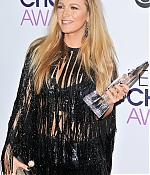 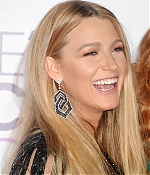 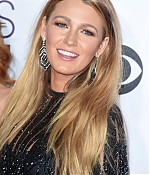 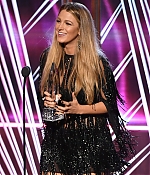 Accepting the award for Favourite Dramatic Movie Actress for her role in The Shallows, the star slipped a special mention into her speech.

“Thank you to my husband, he’s everything to me,” she said. That’s when a fan began screaming at the mere mention of Reynolds. “You can’t have him, he’s mine!” Blake yelled in jest.

The Gossip Girl star beat out other leading ladies Amy Adams, Emily Blunt, Julia Roberts, and Meryl Streep for the gong. During her speech, she also took the opportunity to send a powerful message.

“What was so neat about them was that they’re all do distinctly different, and they were women, and they owned who they were, and that was my first introduction into girl power,” she said. “Watching this movie, and the women nominated in this category — when you guys voted for this, you didn’t just vote for this movie or me, but you voted for girl power. … And men voted for girl power, too, and you guys are awesome for doing that.”

She thanked voters for “sending a message to Hollywood that people want to hear stories about women”.