Published on In
Age of Adaline Videos

Comments are off
Published on In
Age of Adaline Gallery Premieres

The Age of Adaline NY Premiere

Sorry for the lack of updates over the past few weeks, terrible timing… I have finally added x118 photos of Blake at the The Age of Adaline Premiere in NYC on April 19th 2015.

Comments are off
Published on In
Age of Adaline Gallery

Blake plays a mother who remains 29 – never growing older, even as her own young daughter ages and becomes a grandmother herself. Check out these posters for forthcoming movie The Age of Adaline show her retaining her youthful complexion through the ages. The Age of Adaline, which opens nationwide on April 24.

“We had to make Adaline a real person, so there was a lot of playing dress-up in different eras,” makeup artist Monica Huppert says. “The ‘60s were the opposite of everything else—the ‘40s and ‘50s were about bright lips, like pinks and reds. The ‘60s were rebellious in their own way and different than anything done prior; it was all about paler lips and lots of eye liner.” Huppert used L’Oréal Pro-Last Lipcolor ($10) in Passionate Petal to give Adaline the perfect, subtle pink lip. As for Adaline’s bangs, hairstylist Anne Carroll tells us exactly how she created them: She clipped them in. “The bangs were not Blake’s,” she reveals. “They were actually clip-ons that I had colored to match her hair!” She collaborated with the costume department and costume designer Angus Strathie for the matching headscarf, after doing extensive research on all the different eras and citing lots of vintage photos for reference.

Comments are off
Published on In
Age of Adaline Gallery

Comments are off
Published on In
Age of Adaline Videos

The Age of Adaline (Trailer 2)

Check out the new (second) trailer for The Age of Adaline, plus x76 HD screencaps, here.

The Age of Adaline Stills + Poster

We have added x04 new stills for Blakes upcoming film The Age of Adaline, plus the UK poster, thanks (fancarpet) The movie will be released in the UK on May 8th 2015.

Comments are off
Published on In
Age of Adaline Gallery Projects 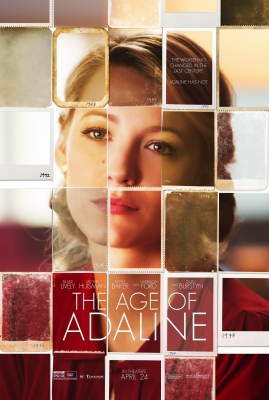 Comments are off
Published on In
Age of Adaline Gallery Projects

We are so pleased to share with you the trailer for Blakes new movie Age of Adaline, you can watch the exciting trailer here and view the screencaps in the gallery …

Comments are off
Published on In
Age of Adaline Articles & Interviews

We are pleased to share with you the first still for Blakes upcoming film Age of Adaline. (HQ now added) In the film, Blake is going to stay young and beautiful forever. Literally. 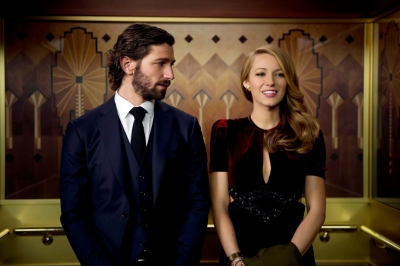 The film which is due out April 24th 2015, stars Blake as Adaline, born at the turn of the century and rendered ageless after a mysterious accident in the 1930s. Director Lee Toland Krieger believes Lively, 27, is ideal casting.

“She sort of embodies a woman who is perfect physically, so in that regard, she’s a perfect fit,” says Krieger. “Also, for someone who is 27 years old, she’s wildly sophisticated and seems like an old soul.”

Yet the filmmaker also was compelled by a bigger reason to cast Lively in the leading role, which had Hollywood luminaries such as Katherine Heigl and Natalie Portman attached in various project incarnations. Lively, who is expecting a baby with husband Ryan Reynolds, lobbied for the part with great ideas, says Krieger. Further, Lively has flexed her acting muscles only sparingly, in acclaimed supporting performances such as 2010’s The Town.

“The chance to see Blake carry a movie like this for the first time is really exciting,” says Krieger. “She rises to the occasion.”

Portraying the character through the decades was a well-suited bonus for fashionista Lively. She was able to tap her designer friends for period costumes crafted by Gucci and Dior.

“To put Blake, who would look good in a trash bag, in the great clothing from all of these eras was kind of a once-in-a-lifetime opportunity,” says Krieger.

Of course, being immortal has its severe complications. As Adaline stays forever young, her daughter continues to age and surpasses her. In the present, her daughter is played by 81-year-old Ellen Burstyn. It makes for a jarring juxtaposition.

“It was one of the elements of the film I was most nervous about,” says Krieger. “But you instantly believe them as mother and daughter. I know it sounds a bit crazy.”

With all of her contemporaries, friends and lovers dying off, Adaline becomes a beautiful recluse — afraid of getting hurt by more love and loss. This changes when she meets a charismatic philanthropist (Michiel Huisman) who takes her to his parents’ home (played by Harrison Ford and Kathy Baker) for the weekend.

Although the weekend and the relationship put Adaline’s immortal status in peril, Krieger says there is a positive message.

“It sounds like wish fulfillment to look like Blake Lively forever. But she cannot grow old with anyone,” says Krieger. “In a world consumed with youth and vanity, there’s something very fresh and beautiful about a story focusing on the beauty of growing old.

“I’d like to think you walk away from this thinking love conquers all, even immortality.”

Comments are off
Published on In
Age of Adaline

The studio has moved The Age of Adaline release date from January 23 to April 24, 2015. The Age of Adaline brings back to the screen Harrison Ford. Blake Lively is joined by Michiel Huisman and Amanda Crew. Anthony Ingruber is set to play a young Harisson Ford William. Peter J Gray and Kathy Baker are also set to join the cast of the movie. Sidney Kimmel, Garu Lucchesi, Alix Madigan and Tom Rosenberg are the directors while J Mills Goodloe and Salvador Paskowitz are writing the screen play. Filming ended in June 2014.