Blake Lively and Amanda Seyfried both appeared in “When You Wish Upon a Pickle,” which marked the launch of Sesame Street on the premium cable channel.

In the special, a mysterious wish machine appears on Sesame Street and the magical pickle inside starts granting wishes. Before long, the gang learns they need to be careful what they wish for – especially when they find out he’ll only grant one wish per customer! 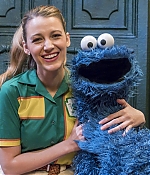 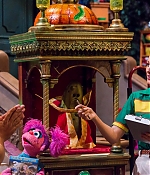 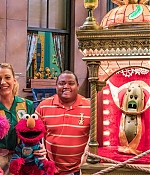 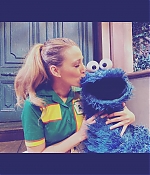 Lively is currently in talks with Amazon Studios for a scripted fashion series, the company’s head of entertainment, Jennifer Salke, revealed at the Vanity Fair New Establishment Summit this week.

Amazon Studio head Jennifer Salke surprised the crowd at the Vanity Fair New Establishment Summit on Wednesday by making two announcements: that the Emmy-winning Marvelous Mrs. Maisel would return for a second season in December (after she showed a short clip from an upcoming episode), and that actress Blake Lively will develop a scripted series for the streaming network. She hinted that Lively’s show had a fashion theme and a merchandising component.

Salke said she decided to pull the trigger on the Lively project moments before she walked onstage. “I just told business affairs I’m going to do this,” she continued, noting that Lively was currently in Rome, sleeping. “She’ll wake up to it.”

Divulging that the deal is just “a moment from done”, Salke described Lively as “a force of nature: ambitious, smart and talented,” reports Variety.

“Blake also has a huge appetite for a big scripted show with a really interesting writer who I can’t talk about yet,” Salke revealed at the Summit. “[They] will bring to life a scripted show that will be excellent and culturally relevant and original and all those things, but it will also have a connection to a merchandising opportunity,”

Comments are off
Published on In
Gossip Girl Screen Captures 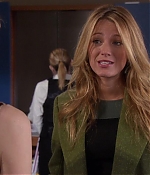 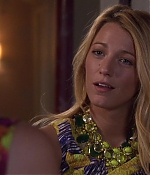 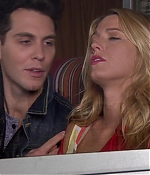 Comments are off
Published on In
Gallery Gossip Girl Screen Captures 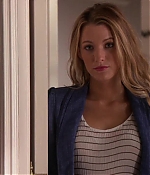 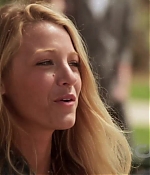 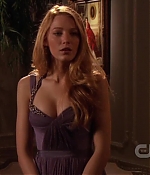 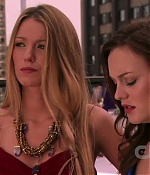 Comments are off
Published on In
Articles & Interviews Gossip Girl

There’s A Chance ‘Gossip Girl’ Might Come Back To TV?

It’s the era of television reboots, and it looks like the CW’s “Gossip Girl” might be getting it’s moment next.

According to a report from E! News, the show’s executive producers, Josh Schwartz and Stephanie Savage, are not ruling out the possibility of a revival.

When asked if he would consider doing a reboot, Josh replied,

He also added “the internet has changed” and he would be interested in exploring how Serena and Blair would fair with new social media apps like Snapchat and Instagram.

So, although that sounds like a “maybe, probably not” to a normal person, in industry speak that’s a lot more optimistic.

To me, it sounds like they’re at least trying to work on something — it’s hard to believe the producers hadn’t even thought about it amidst the publicity for the “Gilmore Girls” and “Fuller House” reboot series.

“Gossip Girl” ended in 2012, so it might be a bit too soon to launch a revival just yet. Maybe we’ll hear about it again in upcoming years.

And of course, whether Blake Lively, Leighton Meester and the rest of the cast would come back if there WAS a revival would be a whole different story.

As the girls would say, only time will tell.

Comments are off
Published on In
Gallery Gossip Girl Screen Captures

We are currently updating the image gallery with all the missing Gossip Girl photos, so to start we have added all the screencaps from Season 2, more to follow! 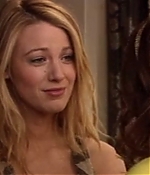 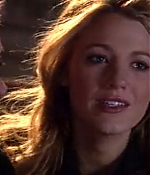 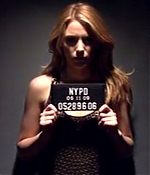 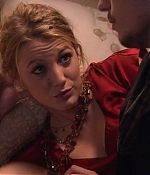 Comments are off
Published on In
Gossip Girl

In honor of Blake’s upcoming birthday on August 25th, On Location Tours is celebrating by offering ticket giveaways to the Gossip Girl Sites Tour! Enter the playground of your favorite Upper East Side prep school teens! Tour Highlights include seeing the hotel that is home to the Bass and Van der Woodsen families, the Upper East Side mansion that was the site of Lily & Bart’s wedding, the lavish Fifth Avenue building that Blair Waldorf calls home and shop at Henri Bendel where Blair and Serena shop… for more information go here. If you would like to enter our competition, simply join our fan community over at Facebook! The Fan Carpet Page.

Comments are off
Published on In
Gossip Girl Magazine Scans

Lively’s cover came as a surprise to some fashion fans: She’s previously landed on her fair share of “worst dressed” lists, most recently for a kooky look that had her button-down shirt peeking out beneath the hem of a metallic high-waisted skirt. But for all her occasional missteps, Blake has had some fantastic red carpet home runs—all without the aid of a professional stylist.

Blake was snapped on se of Gossip Girl again yesterday…

Comments are off
Published on In
Gossip Girl

Comments are off
Published on In
Gallery Gossip Girl

Blake playfully tries to get photographers to quiet down on the set of Gossip Girl yesterday in New York City’s East Village.

The day before, Blake stepped out in another fashionable piece – an Elie Saab number – for the Spring 2011 Eyewear Collection Launch held at the Tiffany & Co. store in Manhattan.

The Making Of (2023)
Blake as ??
Long-married filmmakers have cast overemotional actors to portray their younger selves in the story of their great love. Unfortunately, by the time shooting begins, their fabled marriage is unraveling.
News  Photos  IMDb
Proxy (??)
Blake as ??
A woman miraculously reawakens after a medical trauma to discover her consciousness has been embedded into a bio-synthetic body.
News  Photos  IMDb
The Husband's Secret (TBA)
Blake as Cecilia Fitzpatrick
The lives of three women all come crumbling down after one of the women discovers a secret letter written by her husband.
News  Photos  IMDb

Blake Lively Source is a non-profit fansite, made by a fan for fans of Blake. We are in no way affiliated with Blake Lively nor any of her family, friends and representative. We do not claim ownership of any photos in the gallery, all images are being used under Fair Copyright Law 107 and belong to their rightful owners. All other content and graphics are copyrighted to blake-lively.net unless otherwise stated. If you would like any media removed please contact us before taking legal action.
Loading Comments...