Welcome to Blake Lively Source, your #1 fansite and guide about the actress Blake Lively. We work to provide you with the latest news, photos, videos and more! We hope you will enjoy our site and we encourage you to visit us again to get the latest updates on Blake.
Published on In
Award Shows Events Gallery L'Oreal

L’Oreal Paris Women of Worth Celebration 2016

Last night (Nov 17th), Blake made her first red carpet appearance since giving birth to her second child at L’Oreal’s Women of Worth Awards in New York City. 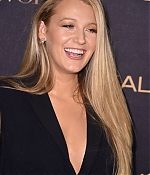 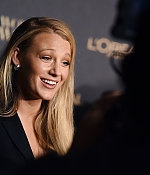 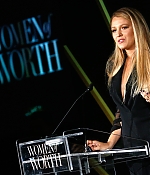 “It’s as important as ever to celebrate women, and that’s what we get to do tonight—we get to celebrate 10 incredible women who are spending their days changing the world,” Lively told reporters at the event. “The woman who I’m celebrating tonight, Carly [Yoost], has already found 7,500 child predators, 2,500 children she’s saved from online pornography of children.”

She continues, “I can’t even imagine going through that as a parent. So it’s incredible—it’s great that we get to do that.”

Blake and Ryan Reynolds welcomed their second child in late September. And earlier this month, Reynolds confirmed that the couple’s new addition is a little girl. The parents of two, who also share 23-month-old daughter James, have yet to announce the name of their 6-week-old daughter.

Lively, who is known for her chops in the kitchen, tells reporters the upcoming Thanksgiving holiday is going to be a time for her to relax with loved ones.

“Just cooking with family, cooking with cousins and little ones coming over, ya know,” she says of her Turkey Day plans. “That’s about it, nothing too exciting.”

“You have to set an example. It’s so important,” Lively tells reporters of how she feels the empowerment of women will translate to her own daughters. “In times like this you can curl up and be really depressed about the state of communities that are under-served, or you can set that example for your children.”

She continues, “And you just have to figure out how—that’s the hardest thing. It’s about making that extra bit of effort, and that’s what tonight is: celebrating the women who are doing that.”