Welcome to Blake Lively Source, your #1 fansite and guide about the actress Blake Lively. We work to provide you with the latest news, photos, videos and more! We hope you will enjoy our site and we encourage you to visit us again to get the latest updates on Blake.
Published on In
Gallery Magazine Scans Photoshoots

Blake is one of the features in augusts issue of the magazine Vanity Fair, she is featured in the peace called “Hollywood’s Next Wave”. I have added the cover of the magazine into the gallery, Behind the scenes footage and two outtakes from the shoots.

If anyone can contibute with some scans I would be so greatful, you can email me here; fansitesdotcom [at] gmail.com. Thanks

BLAKE LIVELY
Age: 20.
Hometown: Burbank, California.
Breakthrough roles: Bridget in Sisterhood of the Traveling Pants, Serena van der Woodsen in Gossip Girl.
Upcoming film: Sisterhood of the Traveling Pants 2.
First “Hollywood” moment? “I hope not ever.”
Jimmy Choo or Christian Louboutin? “Jimmy Choo and Chanel. I can’t stand it: the security guards know me there.”
Levi’s or J Brand? J Brand.
BlackBerry or iPhone? iPhone.
Favorite guy’s guy? “I’m dating Brad Pitt.”
Favorite girl’s girl? Angelina Jolie.
Favorite movie? Wizard of Oz, Moulin Rouge!, Romeo and Juliet.
Xbox, Wii, or PlayStation? Wii.
Madden or Halo? “Guitar Hero for Wii. I had them write it into the show. But I just bought the Rock Band for Xbox.”
Favorite snack? “Whatever’s greasier and cheesier the better.”
Hybrid or Escalade? “Hybrid. Even if anybody picked the Escalade they wouldn’t say it, ’cause it’d be, like, bombed.” 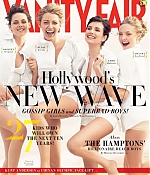 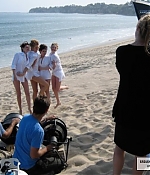 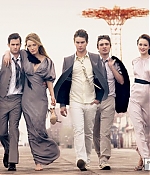